On the “Gender” of Historical Fiction, Manly Book Covers and Such Earlier this week I was delighted to guest post for the very excellent historical fiction blog Reading The Past. I’ve gotten a lot of questions about how the covers for my novels are come up with and how my book is marketed to specific groups, so when ReadingthePast’s host Sarah Johnson mentioned she too had an interest in the topic I thought I’d spend some time on the subject. What, exactly, gives certain genres–including historical fiction–“genders,” and how do those choices end up becoming part of the marketing process of books? Here were some of my musings:

“As a writer, would you say you push the boundaries of women’s literature?”

We were sitting in a hotel lounge in the lovely but rainy city of Bergen, where a journalist was interviewing me about my new book. The Gods of Heavenly Punishment (or When the Sky Fell, as my Norwegian publisher titled it—Norwegians, it seems, distrust religious references in titles) is a war novel, set against the blazing backdrop of the 1945 Tokyo firebombing. The story is told through the perspectives of five central characters: two female, three male. “I don’t really see my work as exclusively ‘women’s’ literature,” I said, setting down my teacup. “Particularly this novel. I mean, I welcome women readers, obviously. But I wrote it to be read by both genders.”

My interviewer chewed her pen for a moment. “Well,” she said. “If you did write women’s literature, would you say you were pushing its boundaries?”

I suppressed a smile. This wasn’t the first time I’d faced this label, “women’s literature.” But I still found it somewhat puzzling. Granted, my first novel, The Painter from Shanghai, was about a woman: Chinese prostitute-turned-post-Impressionist Pan Yuliang. Written third-person, present-tense and encompassing Asian history, art, travel and romance, it’s a story that arguably appeals largely to my gender. And while I hadn’t written it exclusively for fellow females, I also hadn’t argued with my publisher when they opted to market it that way, giving it a gorgeous but distinctly feminine cover (a woman’s profile, sepia-toned and deeply saturated with color) and presenting it as an ideal book-group pick.  The truth is, I loved the cover. And their strategy was a very wise one, since the book indeed did well with book groups and sold decently in the States. It also sold in sixteen other countries under equally feminine-looking covers. Including Norway, where it became a bestseller.

So I’m not really complaining. Or at least, I know I shouldn’t be. After all, while men make up the bulk of fiction writers in the world, women are indisputably its biggest readers—something Ian McEwan noted a few years back after going to a park to give away thirty novels. As he reported in the Guardian, a full twenty-nine of those books were accepted by women—while all men but one (an unusually sensitive soul, it seems) declined. “When women stop reading, the novel will be dead,” he concluded. So if I had to choose one group to appeal to, it’d clearly be the ladies.

And yet it still sits a little strangely on me; this idea that I somehow read as more “womanly” than do my male counterparts–or even female ones who don’t get marketed the same way (think Jennifer Egan, Nicole Krauss, Gillian Flynn). After all, my literary influences are split pretty evenly between pink and blue. I love Toni Morrison, but no more than I love Nabakov. I’ve read as much Sarah Waters as I have Phillip Roth. Or for that matter, Ian McEwan. In other words, I don’t really see myself as an overtly “womanly” reader. I also realize, however, that being labeled a “woman’s writer” often goes hand-in-hand with another label about which I have less complex feelings: “historical fiction.” There is no doubt whatsoever that my last two novels are of that genre (I should know, since I spent years researching each of them). Strangely, though, when I first set out to write a historical novel I didn’t anticipate it pushing me towards one gender more than another. After all, history itself isn’t considered more female than male. If anything it’s the other way around (sic: history). And yet, do an Amazon search for “historical fiction” covers and the vast majority have women’s faces or bodies or accessories (jewelry, gloves, perfume bottles) on them. This is probably due to the fact that for a very long time, novels labeled “historical fiction” were often far heavier on fiction than on factual history. Many, in fact, were interchangeable with “romance” (e.g., bodice-ripper)—something my late grandmother’s bookshelves quite fully attested to. 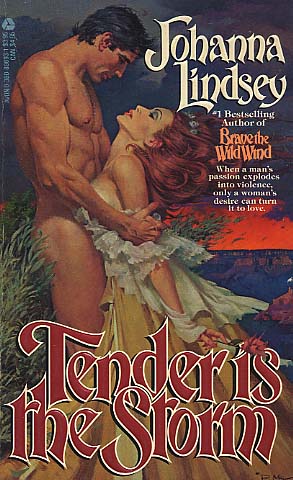 I hasten to add that I have nothing against those sorts of novels. Indeed, growing up I loved nothing more than sneaking Grandmother’s monthly-delivered Harlequins into my bag, then reading them later with quivering excitement, in secret. But writing The Painter from Shanghai that wasn’t the genre that I had in mind. Sure, there’s sex in it—pretty good sex, from what I’m told. But what I really wanted to get at was the history—the amazing, rich, tumultuous history of Chinese politics and art, from the turn of the century through the Chinese Communist revolution. And again, I didn’t think that would appeal just to women. It’s also why I was slightly surprised when I saw the American cover for my new novel, The Gods of Heavenly Punishment. Emblazoned with Japanese-style flowers and a girl with a parasol, it was just as gorgeous as the cover of The Painter From Shanghai. And aesthetically, I loved it just as much. But I did ponder, briefly, about whether it was fully representative of my new novel, which is about both men and women, and about war.

In the end, though, I again went with the prevailing wisdom about how my novels should be marketed to our predominantly-female readership. And in the end, I’m very glad that I did. The book is so beautiful I teared up when I first held it—which is one of the best feelings any novelist can hope for.  What’s more, everyone who sees the cover raves about it–men included.  I’m also sure it leads many a perusing, potential reader to pick it up in bookstores, which, when it comes down to it, is what a great cover is really for. I will admit, though, that I laughed when I saw the Bergen newspaper piece, which  came out a day after my interview. The title: “Women Writers Push the Boundaries of Women’s Literature.”

And there, front and center, was my novel….